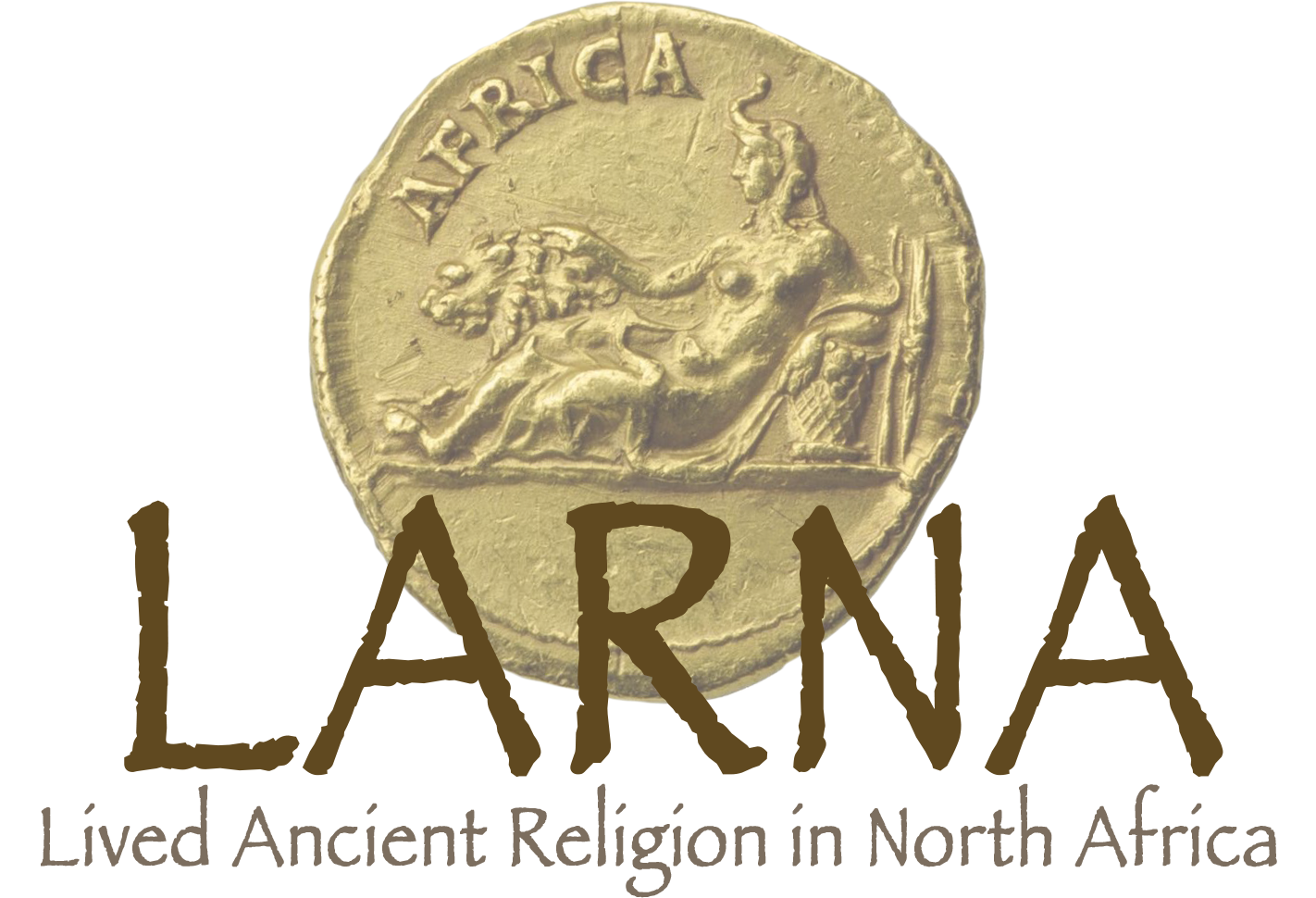 The four-year research project ‘Lived Ancient Religion in North Africa’ (LARNA) is led by dr. Valentino Gasparini at the University Carlos III of Madrid and funded by the Autonomous Community of Madrid (2018-2022), Talent Attraction Program (2017-T1/HUM-5709), in synergy with the Instituto de Historiografía Julio Caro Baroja (Madrid), the Scuola Archeologica Italiana di Cartagine (Tunis/Sassari) and the Université Jean Jaurès (Toulouse). LARNA aims at exploring how different local small-scale religious providers and entrepreneurs filtered, appropriated, adapted, instrumentalised, or even invented new religious offers in North Africa, between the Republic and the Late Empire. This project does not investigate elements of coherence and homogeneity within an allegedly shared religious worldview, but instead concerns itself with particularities, discrepancies and distortions within situational contexts. The research claims to explore how, in the Roman provinces of North Africa, local religious preferences were strongly influenced by shifting social networks, changing over time according to specific historical contexts. The historical issue at the core of this project is the process of integration of the pre-Roman gods within the Roman ‘pantheon’ and, at the same time, the permeability of the ‘traditional’ Roman deities in encounters with the cults problematically labelled ‘Oriental’. The study of these ‘cults in motion’ will not be approached from the perspective of the civic religion as the dominant structure (based on the static and standardised performance of public, collective rites, and on elite-driven ideology), but of the individual as an active (often unpredictable) actor, capable of situational and creative innovation. This line of research is interested in the single cultic agents, not as ‘normalising’ actors (viz. representatives of institutional entities or local oligarchies), but as individuals who (independently of their social position) act as decision-makers and conscious modifiers of established religious patterns. The study will deal with the archaeological evidence attesting the social dimension of this religious practice, including variety, creativity, religious multiplicity, fluidity and flexibility of identities, changes in forms of individuality, and spaces for individual distinction. The goal is to examine empirically religion as a practical resource available to emergent or self-styled religious providers, and explore how this resource was selected and instrumentalised by other agents, whether individuals, families, cities, or other social groupings.